Well now. How was that for some quality silence, hm?

I am, somehow, back in America; I’ve been back for over a month, actually. Having gotten so used to living Elsewhere, RP and I now find ourselves in a place as strange as Brooklyn, as William Styron wrote.

I’m always amazed by the suddenness of the end of a journey; the hiking trail opens out onto the road, and suddenly you’re on a bus or in a car being whisked back to civilization. Or your backpacking travels end and you’re on a plane, seemingly entering the country whose airline you’re flying as soon as you board. You watch a movie, perhaps you sleep, and twelve hours you’re on the other side of the world.

It’s unnatural and confusing to cover so much distance so quickly. The flight from New York to Shanghai is 15 hours; that’s 10 hours shorter than the bus ride RP and I took in May just to get from New Orleans to Miami, although the cultural distance we traversed was far greater in the first instance. If we still regularly traveled more slowly – walking instead of driving around our cities, taking boats across oceans and trains overland instead of flying – I think we would have more respect for the cultural differences we inevitably encounter when we travel. If it took you four weeks to get to another country instead of five hours, you would certainly expect it to be unlike the place you had come from.

I suppose I’ve gotten used to going between the US and China, such that I don’t experience the effects of reentry as acutely as I once did. Every time I come back to New York City I marvel at the charming streets and the small scale of city compared to the average Asian capital. I am astounded by how well ordered the public services are and, unavoidably, how much money there is sloshing around this town.

After my first stint of living in China in 2004 (I taught English in a small town in Guangxi province), I returned to New York during the peak of the city’s fine and fragrant late spring and cried for two days straight. (Something about being overwhelmed by the technicolor glory of Manhattan, as well as having a well-developed flare for the dramatic.) Coming back this time, however, has been a quiet experience; mostly mellow and happy. I remember that when I was newly arrived in Kunming in mid-2009, it struck me that I had made it back to China! Finally! With a job and an apartment and everything was going to be great! I was so joyful and optimistic that I did a little dance around my living room. And on my second night back in New York this November, I did the same little dance of joy – so I guess this must be the right decision, for now.

The relative speed with which you can now travel from the US to China is enough to give you cultural whiplash, but what makes it worse is that each of those countries is such a world – no, a universe – unto itself that being in one utterly erases the experience of the other. While living in China I couldn’t quite believe that I had ever lived in America – and I’ll admit that I’ve been hiding from my blog because I can’t quite believe that the experiences I describe here were ever really my life.

Still, I have plenty of moments in which I lift my head to survey my surroundings and wonder where on earth I am and – more to the point – why I don’t have a ticket booked to somewhere else.

A minor remedy to this feeling came recently, when I found out that I have finally (after many weeks of anxiety, 20 months of preparation, and boring RP to death with the details) been accepted to grad school to study nurse-midwifery. I am absurdly excited – but I’m also still waiting to interview at two other schools in January before committing to the place I’ve been admitted.

To that end, we’ll be on the road again in a few weeks’ time: we’ll vacate the sublet we’ve been holding down in central Brooklyn and take the train across the US from NYC to Chicago, and from there to San Francisco. At only 68 hours, the journey won’t come close to competing with the Trans-Siberian, but I’m entranced by the route we’ll be taking: during the first leg we’ll head north from New York City, and then west past three of the Great Lakes – Ontario, Erie, and Michigan.

From Chicago we’ll be riding the California Zephyr through Illinois, Iowa, Nebraska, Colorado, Utah, Nevada and California. For you seasoned American travelers out there, perhaps this seems old hat. But honestly, I know more about Laos than I do about Nebraska. I’ve spent more time in Indonesia than I have in Illinois.

So what do you think: can I be a tourist in my own country for a while? BirdAtHome? Let’s give it a try.

I do have a backlog of stuff from my final travels in China that I’ll post over the next couple weeks. Here’s a sneak preview from the city of Hangzhou: 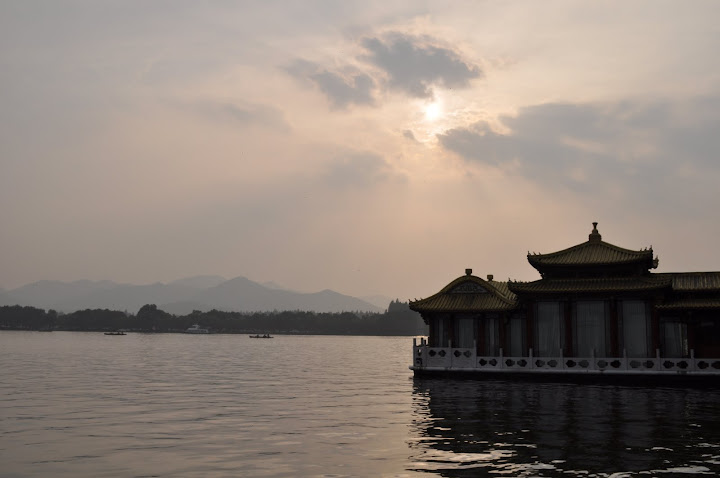