From Sean’s Guesthouse, your goal is to descend to the river, where a boatman will ferry you across. It’s then a short walk to the village of Daju.

Getting to the boatman is a little tricky if you don’t speak Chinese. You’ll walk for a couple hours along the paved road that runs through Tiger Leaping Gorge – there isn’t much traffic, so it’s not too bad. Plus, the views both back into the gorge and forward into the widening valley are outstanding. 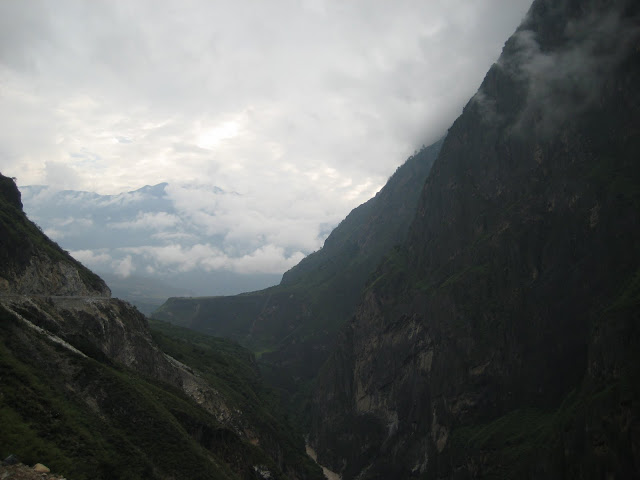 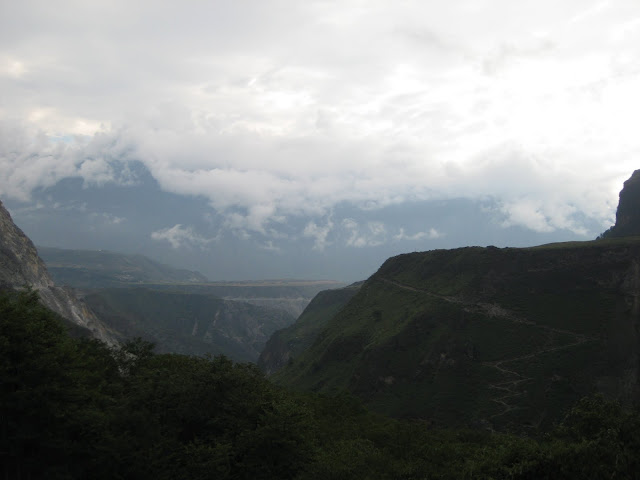 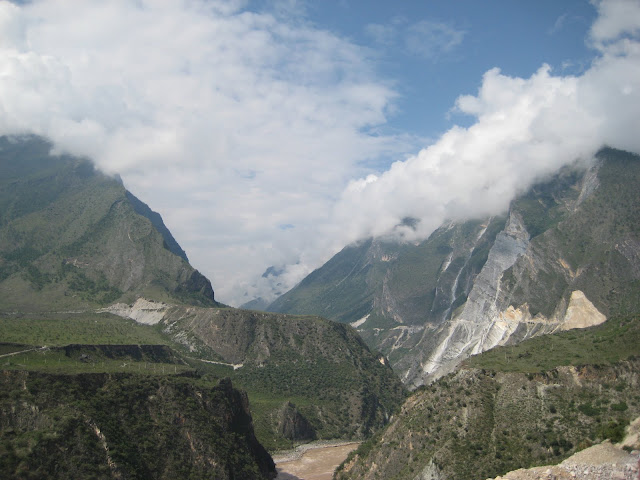 The road will have been basically flat the whole way – and then suddenly there is a short steep climb, at the top of which you will come to a place called Riverside Village (江边村). 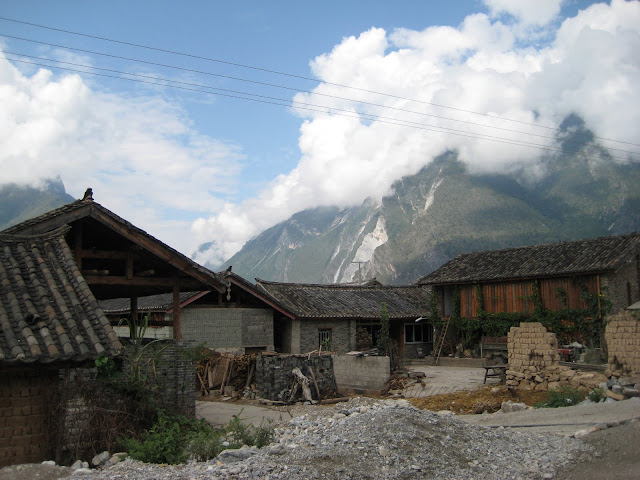 You’ll walk for a few minutes until you reach the center of the village, with a small strip of shops and activity. Here’s the tricky bit – from here you veer off to the right, along the side of a corn field, down a rocky path, through a plot where a couple of houses are being built, etc. etc., until you find the path that leads down to the river. If you can’t speak Mandarin, you are probably out of luck. Granted, the people living in this village don’t really speak Mandarin either, but they understand enough such that when you ask them “渡口在哪里？Where is the ferry?” and make little oar-paddling movements, they know to point you in the right direction.

The views along the way are stunning, and make it seem totally improbably that you will ever, in a thousand years, run into a river with a boatman who will ferry you across. 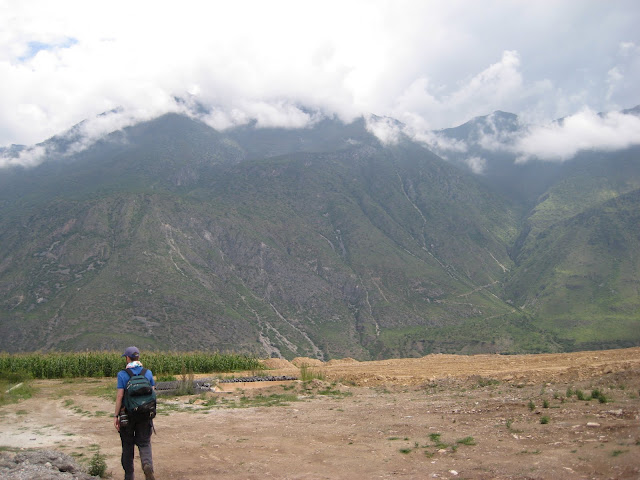 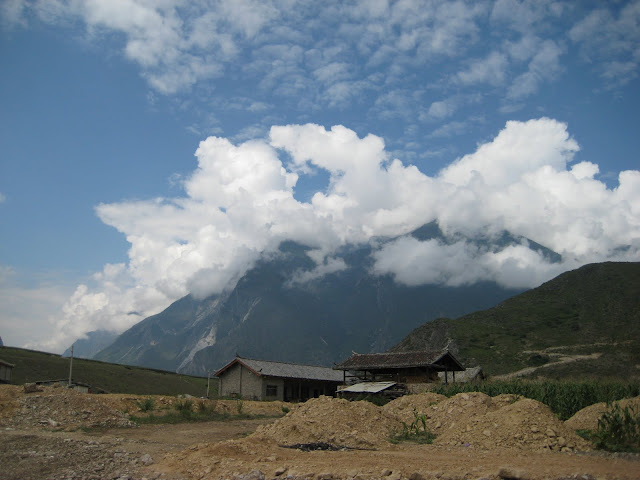 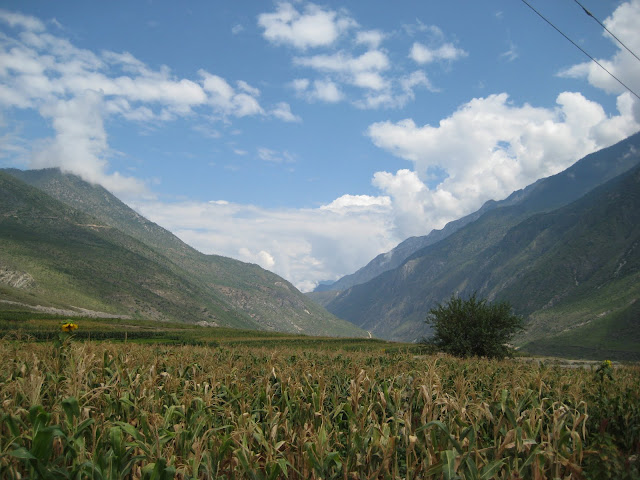 But indeed, after about half an hour you’ll see little hand-painted 渡口 signs, and eventually you’ll head down to the sandy riverbank. The boatman will be on the other side, so you’ll need to jump up and down shouting HEY HEY HEY until you hear the motor start up, and see the ferry come towards you. 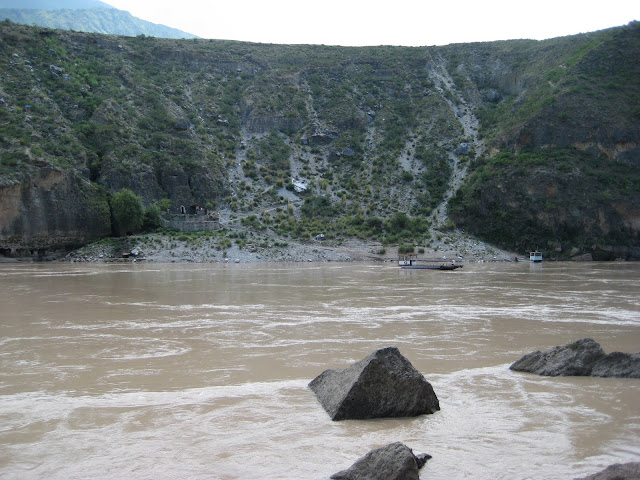 It cost us 20 RMB each for the one minute ride but even if it cost 100 RMB each you’d just have to pay it; you can’t ford the river and otherwise you have to walk a hell of a long way back to Qiaotou. 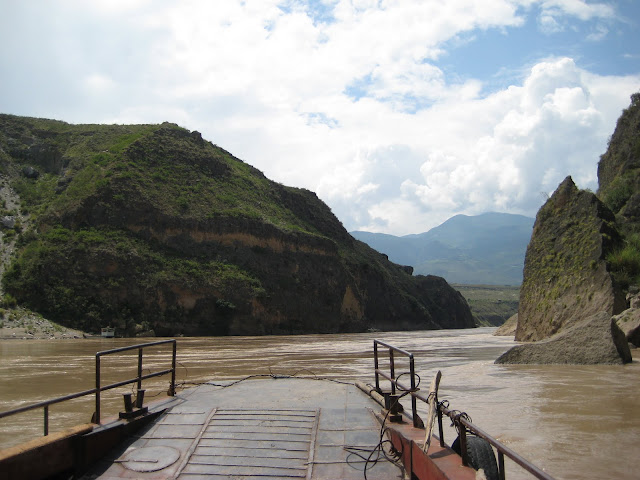 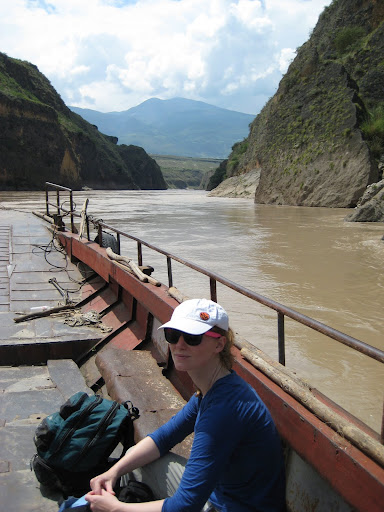 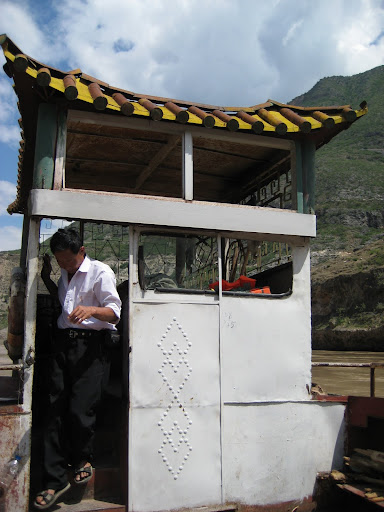 On the other side of the river there’s a steep path up to a small road. Puffing and panting, you’ll get up there and wonder exactly how much longer it is – don’t worry. You’re almost there. Basically you just follow the road to your right, and you’ll be in the village of Daju within 30 minutes. Marvel at the strange terrain around you. I’ve never been there, but in my mind this is what New Mexico looks like. 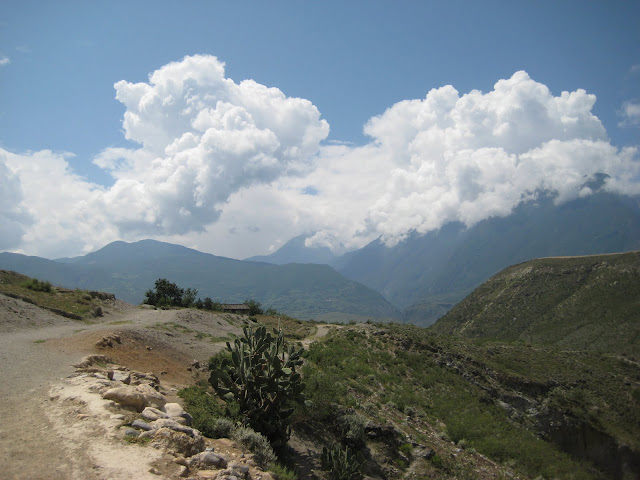 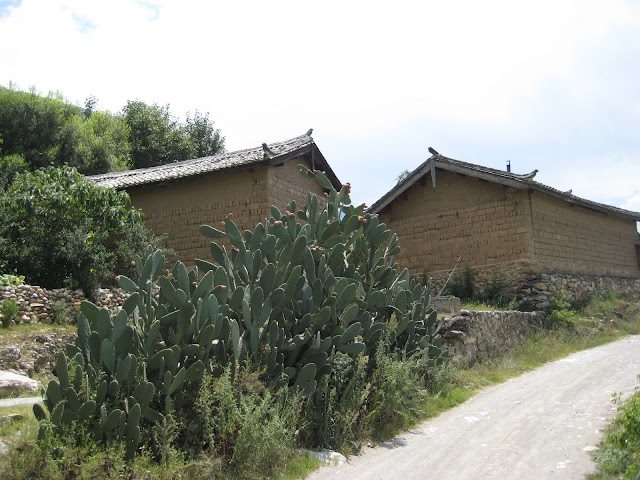 Once you’re in the village, look out for a little sign on the left advertising itself as a hotel, and saying that there’s a bus to Lijiang. 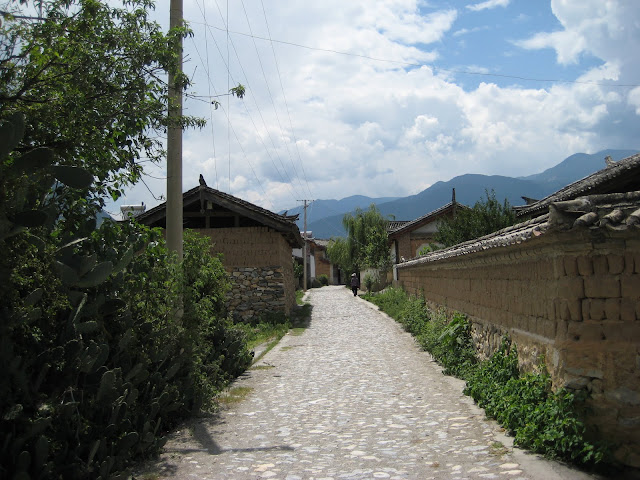 While you’re waiting for the bus, hang out in the little hotel, put up your feet and get a can of ice cold soda and a popsicle out of the hotel’s freezer. They will be the greatest refreshments you have ever consumed.

And that’s it! – almost. This part is very important!

The bus will come and whisk you away back to Lijiang (and they will attempt to charge you 50 RMB for passing through Jade Dragon Snow Mountain park – explain that you’re going straight to Lijiang and not getting off, and hopefully they’ll leave you along). BUT! You must not fall asleep on this bus ride. You will be tired from the walk, and may start to nod off, but DO NOT. This is one of the greatest bus rides in China. The road is STAGGERINGLY beautiful, winding through graceful mountains and…I can’t even describe it. It’s tremendous – do not miss it by falling asleep.

The little bus goes so fast that I couldn’t take any pictures, except this one from the very beginning of the ride: 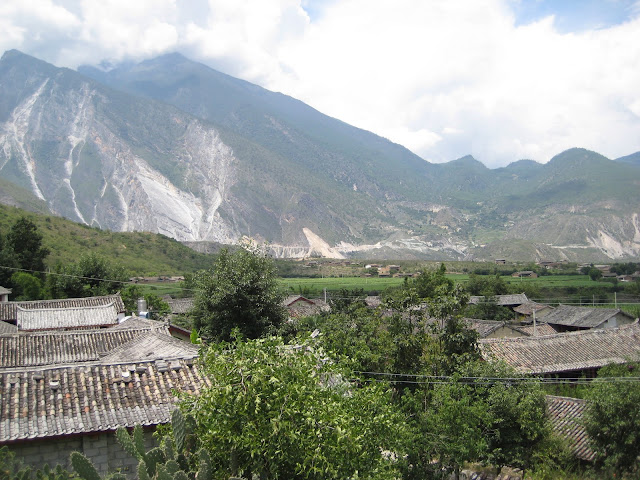 So you’ll just have to trust me. It’s the greatest end to a hike in history.