When we realized that waiting for it to clear up might take several days, we headed back out onto the trail in the fog. An hour later the clouds began to dissipate, and we enjoyed a few hours of relatively flat trail. 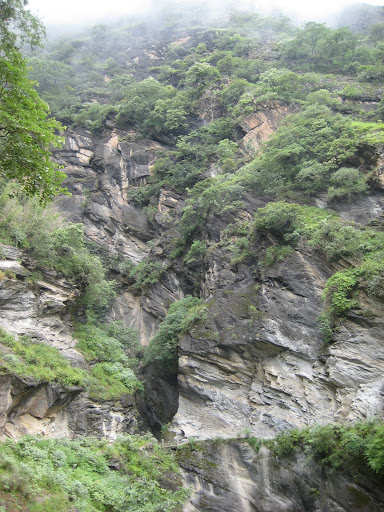 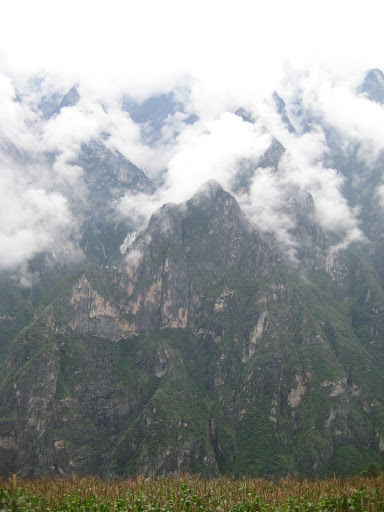 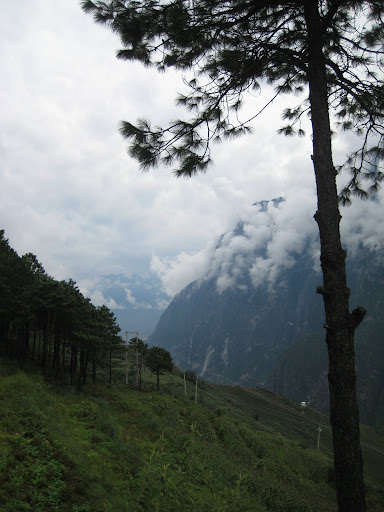 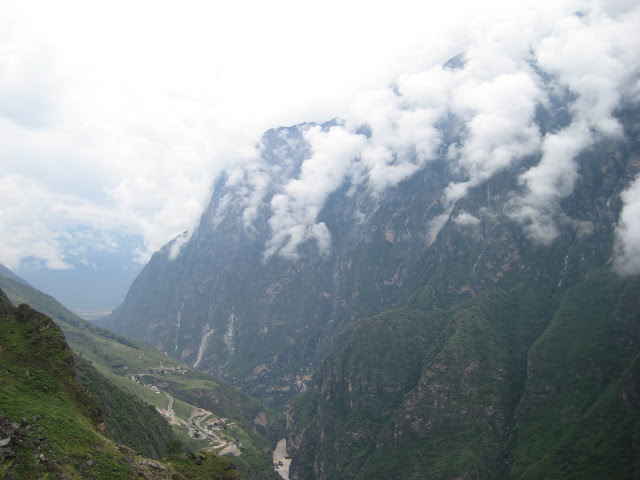 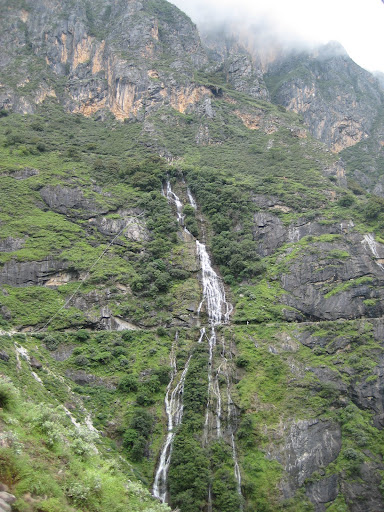 Eventually, you’ll encounter another bit of uphill. RP and I got ourself all prepped for another vertical shlep, but it turned out to be exceedingly short. We sat on a flat rock at the top of the brief climb and took out our lunch, looking out over the Gorge and feeling very pleased with ourselves. This was short-lived, as we suddenly heard a crowd of voices coming up the path. When the group appeared it was clear that they were not actually hiking the High Road, but had driven the Low Road that runs along the bottom of the gorge near the river. (There are a few short paths up from the road where tour groups can come up for the views.)

This particular group, as it turned out, was a Korean Christian youth group. We knew this because they were clearly being corralled by a man with a pastor-ly air, who, after speaking some soothing words to his young charges, lead them in what could only have been religious song followed by increasingly boisterous and feverish praise of the Almighty. This picture really does not do it justice. 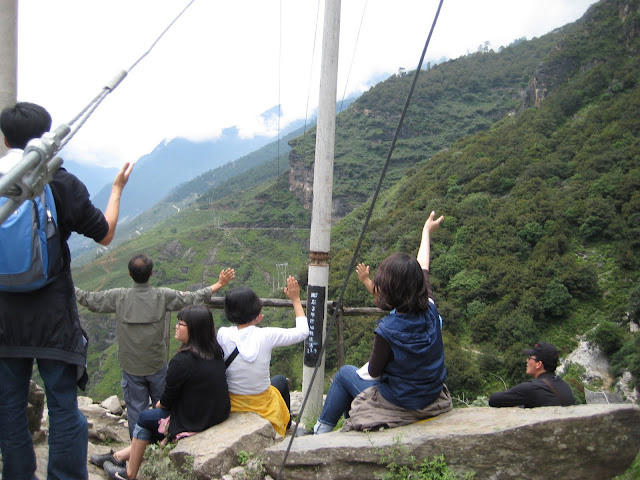 Now, I don’t mind if you want to hike Tiger Leaping Gorge and pray – it’s a place that encourages you to be introspective and in awe; a natural place for prayer. But 15 people depositing themselves two feet away from a couple of peaceful picnickers and proceeding to fill the gorge with shouting is just rude. Rude!

After passive aggressively giving this youth group evil looks for a couple minutes, I decided we should just move on.

The trail descends steeply before softening to a gentle downward slope. Enjoy the views – try not to spend too much time staring at the path. 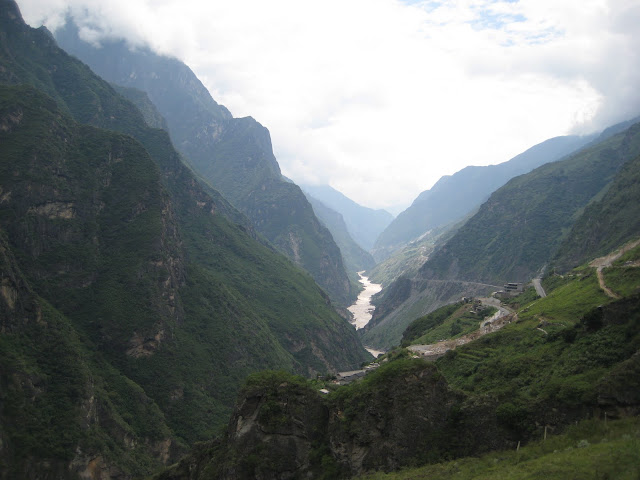 Eventually you’ll see a sign for Tina’s Guesthouse – you’ll be almost to the junction with main road at this point. Wipe a tear from your eye that the gorge is behind you!

Across from the end of the trail is a guesthouse advertising bus services back to Qiaotou, where you can catch another bus back to Lijiang. But don’t do it! Keep going! Perhaps another 20 minutes down the road is Sean’s Guesthouse, where you can stay the night before heading out again for Daju.

(Note: Sean’s Guesthouse seems to be engaged in a cutthroat battle for customers with Woody’s Guesthouse, played out in messages painted on rocks along the path – Sean’s Guesthouse This Way! — WOODY’S GUESTHOUSE ALSO THIS WAY BUT CLOSER THAN SEAN’S!!!1@#!, etc. I’m sure Woody’s is nice as well, but I recommend Sean’s for the tremendous stone deck from which you can admire the last of Tiger Leaping Gorge as the day comes to an end. And dry your socks.) 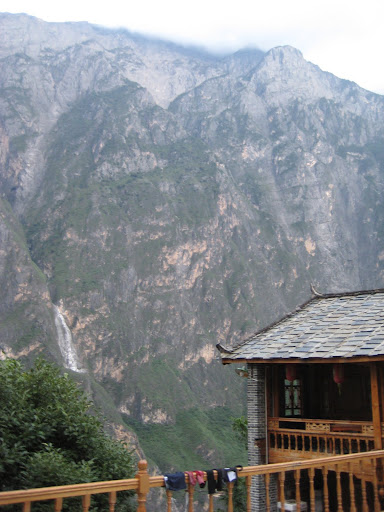 If you get lucky, as we did, the night will be clear. In most Chinese cities, including Kunming, almost no stars can be seen due to the atrocious haze and air pollution. But night in the Gorge is pristine – that night at Sean’s, it seemed as if the whole universe had descended to wrap us in its magnificence. I think that the power of a truly dark sky is that human beings spend almost all of their time focused on space that is no more than 50 feet above our heads – often much less. When the sky is truly dark and clear, the earth retreats into nothingness and you realize that essentially all known space and matter is not around you, but above you. It takes your breath away.

If you’re not already a member of the International Dark-Sky Association, you should be.